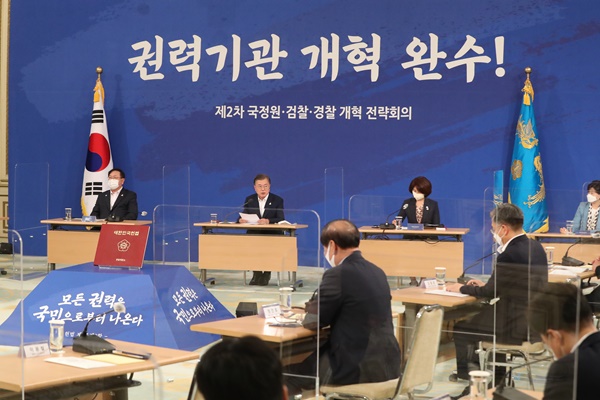 President Moon Jae-in has spurred his drive to reform the National Intelligence Service(NIS), the prosecution and police, instructing his officials to closely collaborate with parliament to that end.

Moon on Monday chaired a meeting with the heads of the state intelligence authority and Justice Ministry, as well as the Ministry of Interior and Safety, which supervises the Korean National Police Agency.

During the meeting, Moon called for close cooperation with parliament to revise police and NIS laws, as well as thorough efforts to swiftly launch the Corruption Investigation Office for High-Ranking Officials.

Moon also stressed the need to reform the NIS to focus on foreign and North Korea-related intelligence.