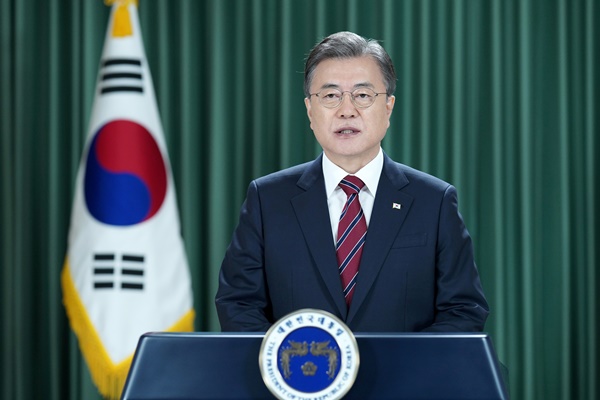 President Moon Jae-in on Monday emphasized the importance of global solidarity and cooperation in the fight against COVID-19.

In a video speech during a high-level meeting to commemorate the 75th anniversary of the United Nations, President Moon stressed that "unity, solidarity and cooperation" are the key to responding to the pandemic.

Moon was speaking in his capacity as the leader of the country chairing a group of five middle-power countries dubbed MIKTA, which includes South Korea, Mexico, Indonesia, Turkey and Australia.

In order to defeat the virus, the president called for guaranteeing equitable access to vaccines and therapeutics, restoring multilateralism and promoting "Green Recovery."