US Reimposes Sanctions on Iran 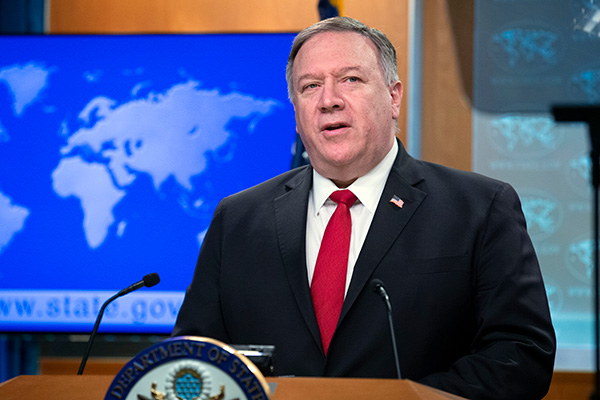 The Trump administration has reportedly reimposed sanctions on Iran unilaterally for its nuclear and missile programs.

According to foreign media, U.S. Secretary of State Mike Pompeo announced the move on Monday in a joint press conference attended by the secretaries of defense, treasury and commerce, as well as National Security Adviser Robert O'Brien.

U.S. President Donald Trump also said in a statement that his administration will use every tool at its disposal to stop Iran's nuclear, ballistic missile and conventional weapons pursuits.

The U.S. State Department said two of the sanctioned individuals are officials from an Iranian research institute, which has played a key role in the country's missile cooperation with North Korea.
Share
Print
List