Moon Warns of Zero Tolerance for Illegal Rallies on Oct. 3 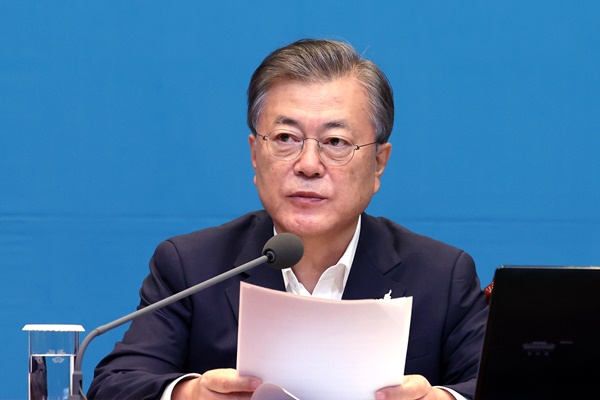 President Moon Jae-in warned of zero tolerance against anyone who threatens public safety amid the ongoing COVID-19 pandemic.

Moon made the remarks during a Cabinet meeting on Tuesday, while referring to some civic groups' planned anti-government rallies on National Foundation Day on October 3.

The president vowed to take stern action against acts that hamper quarantine efforts, stressing that “anti-social crimes” that jeopardize stability and destroy the lives of others must not be defended under the freedom of expression.

He then urged the event organizers not to proceed with illegal rallies.

As of Monday morning, authorities have been notified of plans for 798 rallies on October 3, and the police have banned those involving ten people or more in line with the government's quarantine rules.
Share
Print
List