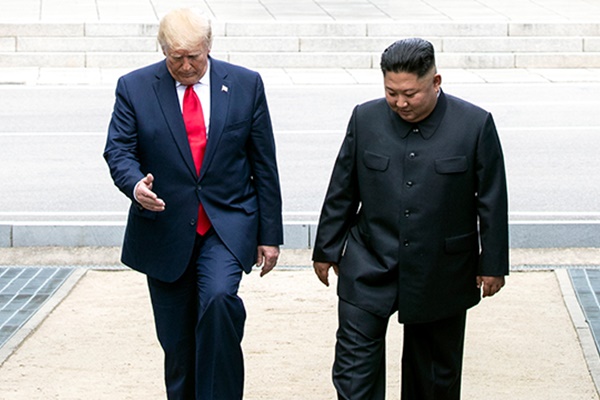 In a written message to the 64th General Conference of the International Atomic Energy Agency(IAEA) on Monday, Trump cited North Korea and Iran after stressing the need for members to maintain and strengthen the nuclear nonproliferation regime.

Stating that the U.S. "remains ready to make progress toward the final, fully verified denuclearization of North Korea," Trump urged Pyongyang to return to negotiations in "ensuring a brighter future for the North Korean people."

It is considered rare for Trump to directly use the term FFVD in outlining the goals for the North's denuclearization.

The message is also thought as Washington's warning for Pyongyang to refrain from military provocations, as it prepares for celebrations to mark the 75th anniversary of the founding of the ruling Workers' Party next month.

On Iran, the U.S. president said the international community must "ensure that Iran adheres to the commitments, to prevent it from ever obtaining a nuclear weapon."
Share
Print
List