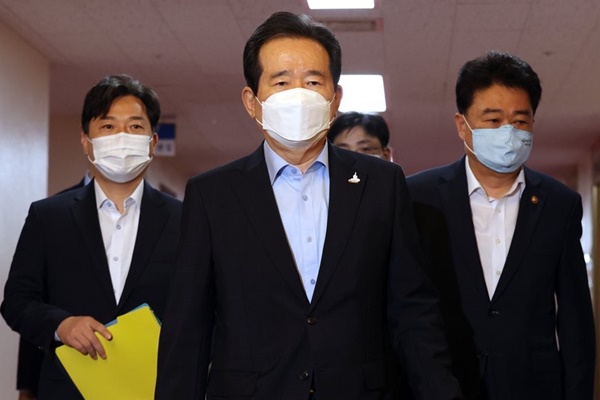 Prime Minister Chung Sye-kyun was tested for COVID-19 after an employee at his office was found to have been infected.

Shortly after a Cabinet meeting on Tuesday, Chung was informed about the employee and immediately headed to a clinic in Seoul’s Jongno District to undergo a test.

Chung’s office said though the prime minister has not come in contact with the employee since September 16, he was tested preemptively and is currently on standby at his residence.

Chung canceled a planned visit to a major mart in Seoul to review quarantine efforts ahead of the Chuseok holiday. A dinner with the floor leader of the main opposition People Power Party may also be postponed as his test results are due to come out around 6 p.m.

Depending on the results, President Moon Jae-in may have to get tested as Chung met with the president earlier on Monday.