Moon Revives Call for Declaration of End to Korean War 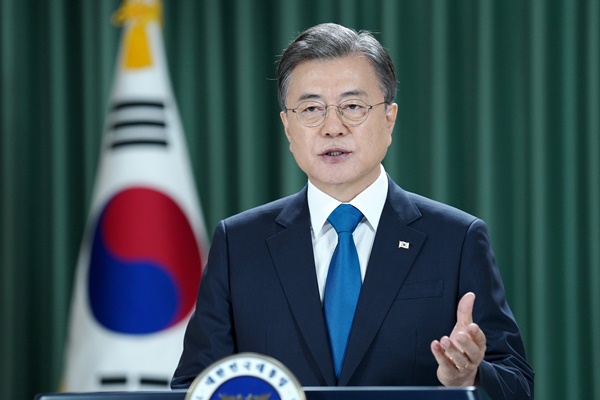 South Korean President Moon Jae-in on Tuesday called for the declaration of the end to the Korean War, saying it would pave the way for complete denuclearization and lasting peace on the Korean Peninsula.

In a video message to the United Nations General Assembly, Moon said peace on the peninsula will guarantee peace in Northeast Asia as a whole and bring positive changes to the world order.

The president then called for the international community's support so that the two Koreas can advance into an era of reconciliation and prosperity through the declaration.

In addition, Moon proposed launching a Northeast Asia cooperation initiative for infectious disease control and public health, stressing the need for close regional cooperation in the fight against the COVID-19 pandemic. He then proposed that North Korea participate as a member along with China, Japan, Mongolia and South Korea.

Moon said collective protection of life and safety would lay the groundwork for North Korea to have its security guaranteed by engaging with the international community.
Share
Print
List