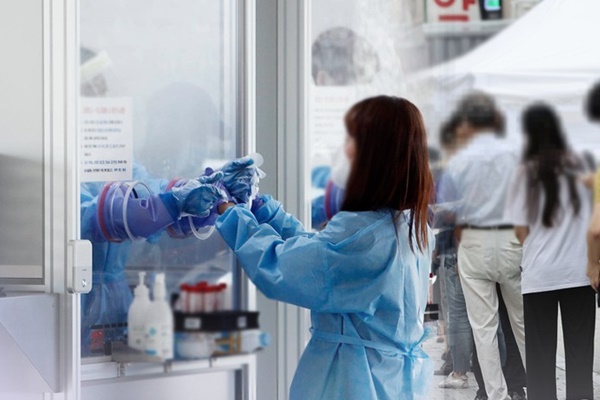 The daily number of new COVID-19 cases in South Korea hit more than 100 after three days in double digits.

The Korea Disease Control and Prevention Agency(KDCA) said on Wednesday that 110 new cases were reported throughout the previous day, raising the total to 23-thousand-216.

Of the latest new cases, 99 were local infections while eleven were imported.

The daily figure topped 100 for the first time since Saturday when it marked 110.

The rise in the daily number, coupled with sporadic clusters in Seoul, sparks concerns about a possible spike ahead of the five-day Chuseok holiday which begins next Wednesday.

Out of the 99 local cases, 73 came from the capital region, including 40 in Seoul, 28 in Gyeonggi Province and five in Incheon. The cases in the metro area had remained below 50 for the past two days.