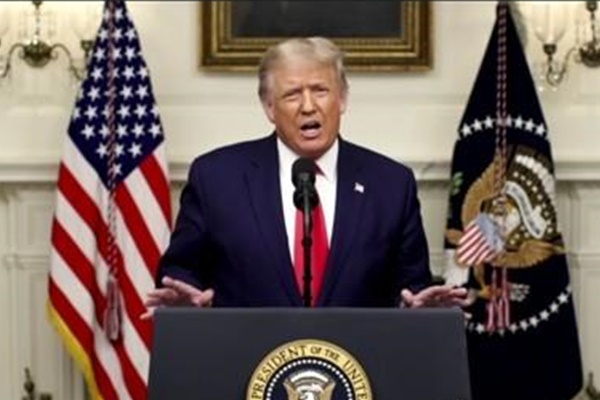 U.S. President Donald Trump made no mention of North Korea in his address to the United Nations General Assembly on Tuesday, marking the first time he has left out the communist state in his four U.N. General Assembly speeches.

In his recorded video speech that lasted about seven minutes, the U.S. president touched on the COVID-19 pandemic and various other issues including the environment, economy and diplomacy, but made no mention of the North.

It was the first time that Trump has skipped the country in a U.N. General Assembly address since taking office in 2017.

However, U.S. Ambassador to the U.N. Kelly Craft praised the president for his engagement with the North while introducing his address.

Craft said Trump's fearless visions have shown outstanding progress, citing the return of Americans held in North Korea, the first summit with the North and the fact the country has not carried out new nuclear and long-range missile tests.
Share
Print
List