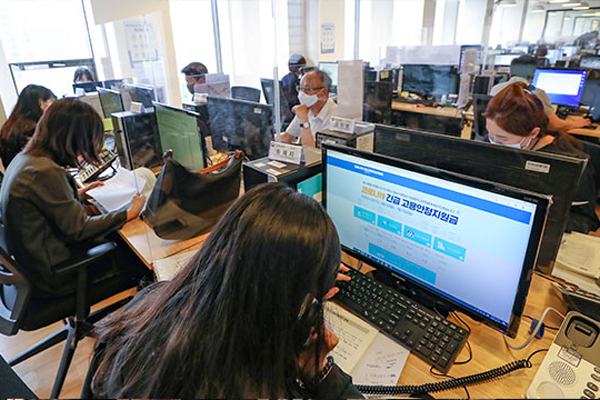 The South Korean government will begin to make COVID-19 relief payments on Thursday, after the National Assembly approved the government's fourth extra budget to finance the program.

Payments totaling six-point-three trillion won, aimed at assisting small business owners, securing job stability and supporting families with children will be made before the Chuseok holiday which begins on September 30.

Some ten-point-23 million people are eligible for the aid and will need to apply online to receive it after the government provides the relevant information via text message.