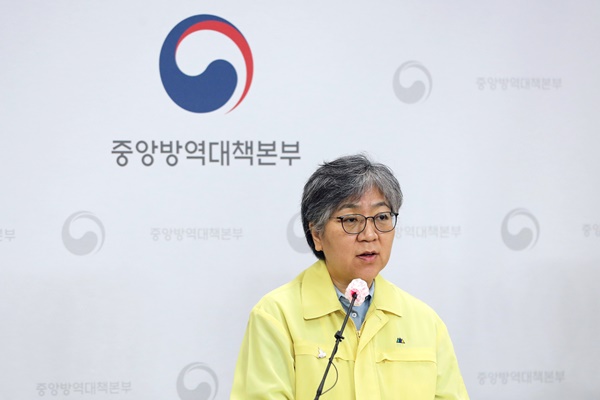 Korea Disease Control and Prevention Agency(KDCA) Commissioner Jeong Eun-kyeong has made Time magazine's "The 100 Most Influential People of 2020" list.

The magazine said Jeong was selected in consideration of the progress and achievements South Korea has made regarding COVID-19 quarantine under her leadership.

Time featured a message from President Moon Jae-in, who touted Jeong for successfully leading the nation's antivirus efforts by candidly interacting with the public, based on the principles of openness, transparency and democracy.

The president said the preventive medicine specialist helped create a manual on response procedures for unidentified mass infections, and conducted drills on a sophisticated emergency-­response algorithm six months before the COVID-19 outbreak.

Quoting Bernard Rieux in Albert Camus' "The Plague," who said, "The only way to fight the plague is with decency," Moon said he believes Jeong's decency and dedication will serve as an inspiration as the world fights COVID-19 and for humanity post-coronavirus.

Also on this year's list is South Korean filmmaker Bong Joon-ho, who received international recognition after his black comedy "Parasite" won the Palme d'Or at Cannes in 2019 and four Academy Awards, including one for Best Director, earlier this year.
Share
Print
List