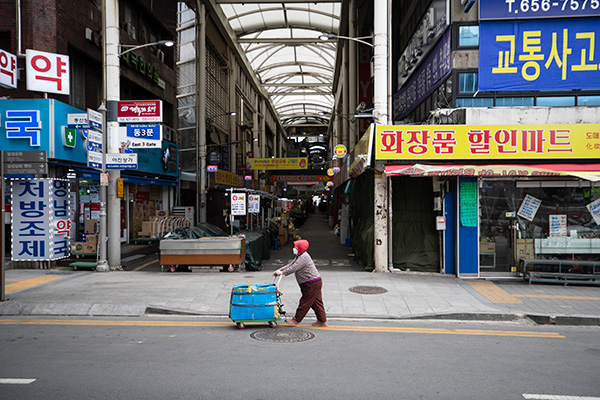 Anchor: The National Assembly on Tuesday passed the government's fourth supplementary budget bill aimed at supporting businesses and people hit hard by the recent resurgence of COVID-19 in the country. The government hopes to complete most of the payments before next week's Chuseok holiday.
Choi You Sun reports.

Report: The government's fourth extra budget to finance its COVID-19 relief program passed the National Assembly on Tuesday, with support from 272 out of 282 lawmakers in attendance. Nine abstained while one voted against.

The budget totaling seven-point-eight trillion won passed parliament eleven days after it was put to the assembly. It is the first time in 59 years that the country has produced four extra budgets in a year.

Some three-point-eight trillion won, about half of the budget, will be used to support three-point-77 million people, including the self-employed and small businesses that had to suspend operations during enhanced social distancing.

The funds allocated for one-off 20-thousand-won telecom subsidies were reduced by more than half to 400 billion won. The leftover amount will be directed towards including middle school students in the government's child-rearing support.

Part of the budget will also be spent on free flu shots for the disabled and low-income people.

The government moved swiftly on Wednesday to approve budget allocation and public announcement plans, so that the payments can be made before the Chuseok holiday that begins on September 30.

Prime Minister Chung Sye-kyun, who chaired Wednesday's Cabinet meeting, said the latest budget must serve as CPR for those who are facing urgent situations, stressing promptness in executing it.