Leaders of US, China Clash at UN over COVID-19 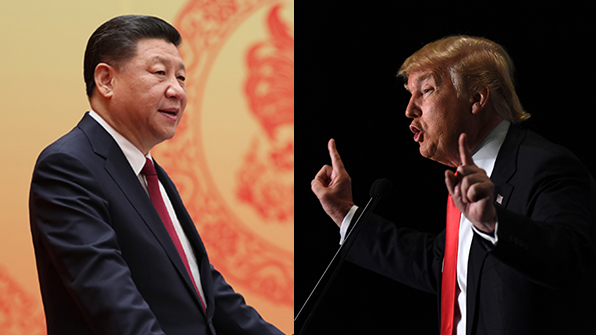 Anchor: The leaders of the U.S. and China clashed at the United Nations over the COVID-19 pandemic. U.S. President Donald Trump accused the country of spreading what he referred to as the "China virus," while Chinese President Xi Jinping urged other countries not to politicize the pandemic. Meanwhile, the U.S. leader made no mention of North Korea during his U.N. General Assembly speech for the first time.
Sam Len reports.

Report: U.S. President Donald Trump urged the United Nations on Tuesday to hold China “accountable” for failing to contain COVID-19, which has killed about 200-thousand Americans and nearly a million people around the world.

In a pre-recorded address at the virtual gathering of the U.N. General Assembly, Trump accused China of not sharing timely information with the world about what he called the "China virus."

[Sound bite: Donald J. Trump, President of the United States (English)]
"In the earliest days of the virus, China locked down travel domestically while allowing flights to leave China and infect the world. China condemned my travel ban on their country even as they canceled domestic flights and locked citizens in their homes. The Chinese government and the World Health Organization, which is virtually controlled by China, falsely declared that there was no evidence of human to human transmission. Later, they falsely said people without symptoms would not spread the disease. The United Nations must hold China accountable for their actions."

China has a history of rejecting any criticism of its policies and the latest case was no exception. China's ambassador to the U.N. rejected Trump's accusations, while in his videotaped speech, Chinese President Xi Jinping called for global cooperation to combat the pandemic.

[Sound bite: Xi Jinping, Chinese President (Chinese)]
"In the face of the outbreak, we should strengthen solidarity and join hands in the face of the scourge. We should uphold the scientific spirit, give full play to the World Health Organization’s key leading role, and promote international joint prevention and control, to resolutely win the global war against the pandemic, with opposition of politicization and stigmatization."

Xi said it is natural for differences to exist between countries and stressed that it has no intention of engaging in a cold war with the U.S.
Sam Len, KBS World Radio News
Share
Print
List