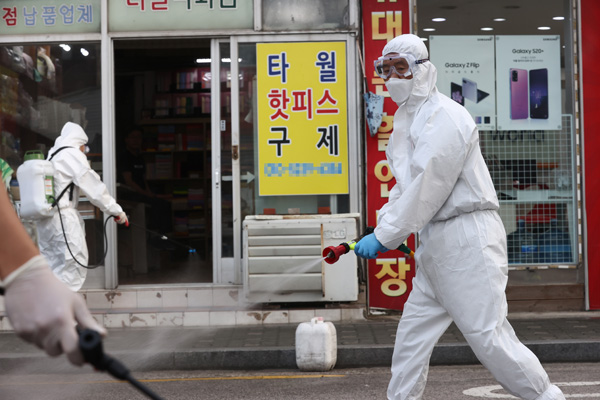 Daily COVID-19 cases in South Korea have dipped below 100 for the first time in four days.

The Korea Disease Control and Prevention Agency (KDCA) said Saturday that 61 new cases were reported throughout Friday, raising the accumulated caseload to 23-thousand-516. It's the first daily double digit count since Tuesday.

Most of the 49 new domestic cases come from the greater capital area with 25 in Seoul, 13 in Gyeonggi Province and one in Incheon.

Seven South Koreans and five foreign nationals were reported as imported cases, flying in from countries including Uzbekistan, the Philippines, Indonesia and India.

Over ten-thousand people were tested on Friday. An additional 189 patients have fully recovered and been released from quarantine while over 19-hundred are still being treated. Of this figure, 122 are critically ill.

The coronavirus death toll has risen by four to 399 with the average fatality rate at one-point-seven percent.

Meanwhile Vice Health Minister Kang Do-tae noted during a meeting on Saturday that the Chuseok holiday is just four days away and while the number of new cases is declining, it still remains around 100.

He asked the public to cooperate with special quarantine measures and stepped-up social distancing guidelines during the holiday.
Share
Print
List