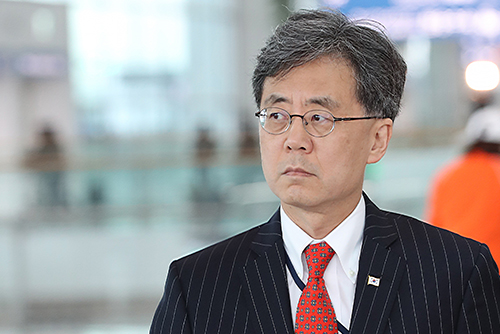 A senior presidential aide visited the United States in the middle of this month to discuss major issues between the two nations as well as North Korea.

Kim reportedly met with officials from the White House, the State Department, the Pentagon and the Department of Commerce as well as U.S. think tanks to discuss pending issues between the two nations and regional issues.

Kang said that the U.S. administration has reaffirmed its firm commitment to the U.S.-South Korea alliance ahead of the presidential election in November.

The spokesperson added that during the trip, the two sides exchanged extensive opinions on North Korean issues as well.
Share
Print
List