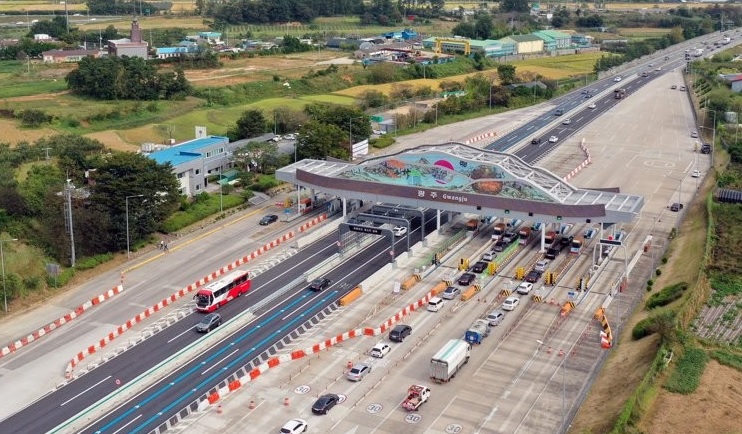 Anchor: South Korea is facing a massive quarantine hurdle as the Chuseok holiday is set to begin. With the government asking the public not to travel to their hometowns this year, highway traffic is expected to fall by nearly 30 percent. Domestic air traffic is also estimated to drop by 25 percent. Even so, the government is taking precautionary measures on highways and at airports.
Choi You Sun has more.

Report: After a recent survey of more than 13-thousand-800 households, the state-run Korea Transport Institute estimates that nearly 27-point-six million people plan to travel between Tuesday and Sunday.

That's about four-point-six million per day, which is 28-point-five percent less compared to last year's Chuseok, as the government urged the public to minimize travel this year to prevent the further spread of COVID-19.

But traffic is expected to be more congested this year as 91-point-four percent plan to move about in personal vehicles rather than using public transportation, which is seven percentage points higher on-year.

Air travel is also expected to decline, with the Korea Airports Corporation projecting some 780-thousand people to take domestic flights. This is about three-quarters of the passenger volume of last year's Chuseok.

Train tickets are only being sold for window seats to expand distance between passengers, and all passengers at domestic airport terminals and onboard flights are required to go through temperature checks and wear masks.
Choi You Sun, KBS World Radio News.
Share
Print
List