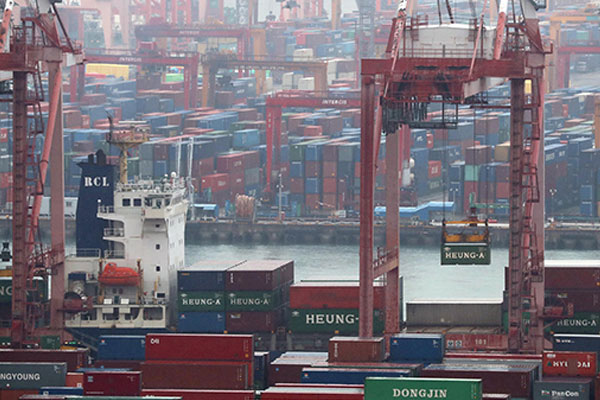 South Korea's exports rebounded for the first time in seven months in September on the back of increased shipments of chips and automobiles.

According to data from the Ministry of Trade, Industry and Energy on Thursday, the country's outbound shipments totaled 48 billion U.S. dollars last month, up seven-point-seven percent from a year earlier.

The country's exports marked the first growth since March amid the COVID-19 pandemic when they grew one-point-seven percent.

The seven-point-seven percent growth is the largest on-year gain in nearly two years since October 2018.

The trade ministry said that exports steadily recovered and rebounded for the first time in seven months despite the pandemic, U.S.-China trade friction and low crude oil prices.