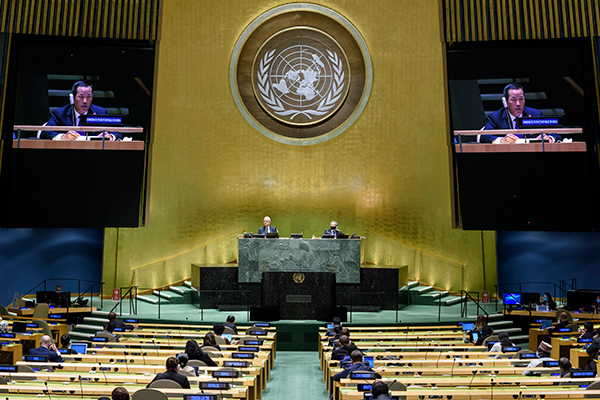 North Korea has reportedly bristled at global calls made during the UN General Assembly for the regime to achieve complete, verifiable and irreversible dismantlement, known as CVID.

According to Voice of America, Aidan Liddle, Britain's permanent representative to the disarmament conference in Geneva, said during a General Assembly session in New York Thursday that North Korea's illegal nuclear and ballistic weapon programs are a serious threat to global security and violate UN resolutions.

He called on the North to commit to verifiable and irreversible denuclearization.

In response, North Korea categorically rejected such statements as an "outrageous act of interfering in internal affairs of a sovereign country.”

The North's representative said the country cannot but strengthen its practical capabilities as the Korean Peninsula nuclear issue results from U.S. nuclear threats that have continued for decades.
Share
Print
List