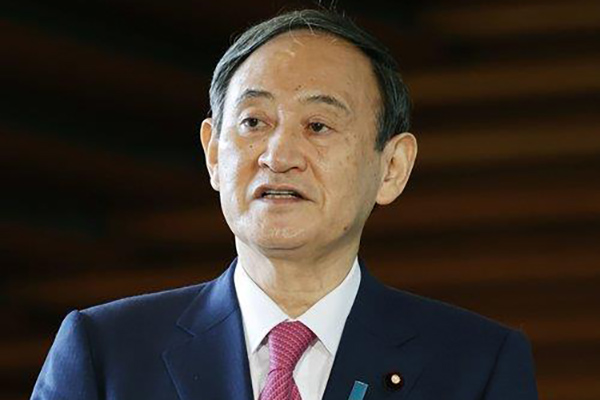 His "masakaki" tree offering was presented Saturday, the first day of the two-day autumn festival at the shrine which honors Class-A war criminals.

Suga did not visit the shrine or make offerings during the seven years and eight months he served as Chief Cabinet Secretary under previous Prime Minister Shinzo Abe.

Sending an offering to the first festival since becoming the Japanese leader is seen as both a political gesture domestically and also an attempt to avoid the diplomatic issues that arise from actually visiting the shrine.

Neighboring countries South Korea and China have long protested against such visits, leading to diplomatic friction.