US Official Sees Tokyo Olympics as Chance for Nuke Talks with N. Korea 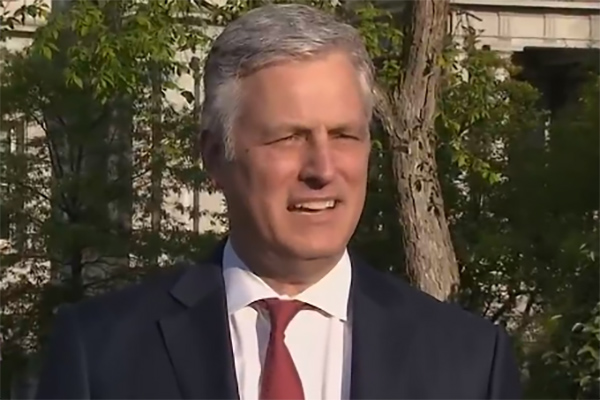 U.S. National Security Adviser Robert O'Brien said Friday there may be a chance to resume denuclearization talks with North Korea around the time of the Tokyo Olympics next summer.

In a virtual seminar hosted by the Washington-based think tank the Aspen Institute, O'Brien said there may be an opportunity next year if the Olympics can be held in Tokyo.

He said he thinks North Korea is interested in participating in the Tokyo Games and there might be a time, either before, during or after the Olympics, when the parties can come together and hold negotiations that lead to prosperity and better economic times for the North Korean people.

The top security adviser said North Korea has been a problem that has bedeviled every administration and President Trump has achieved results that no one thought he could because the U.S. had the toughest sanctions in history on the North.

The Tokyo Summer Olympics have been delayed by one year due to the COVID-19 pandemic.
Share
Print
List