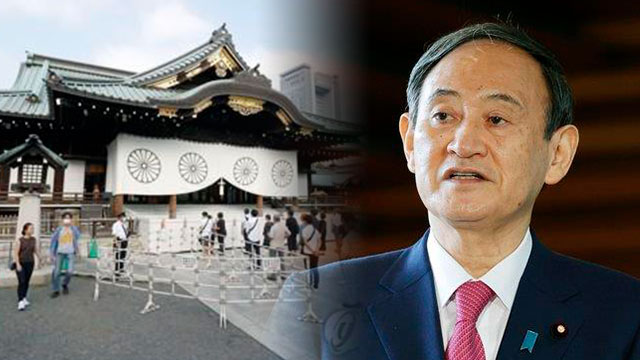 Seoul's Foreign Ministry said in a statement that the South Korean government expresses deep regrets that the Japanese government and parliamentary leaders sent offerings again to the Yasukuni Shrine, a shrine that glorifies Japan's wars of aggression and honors war criminals.

The statement added that the Seoul government strongly urged responsible Japanese leaders to respond to calls for the future-oriented development of South Korea-Japan relations by facing history squarely, and humbly reflecting on the past history through actions on the occasion of the launch of the new Cabinet.

Suga sent a "masakaki" tree to the controversial shrine in Tokyo on Saturday, the first day of the two-day autumn festival at the shrine which honors Class-A war criminals, amongst others.

It marked the first time that Suga sent such an offering to the war shrine since he took office in September.
Share
Print
List