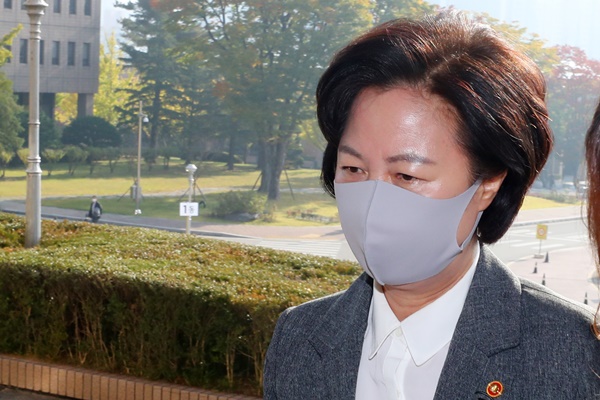 Justice Minister Choo Mi-ae on Monday exercised her authority to command an investigation into the alleged involvement of former and incumbent prosecutors in a massive financial fraud scheme.

The move came after Kim Bong-hyun, a key suspect in the fraud case involving Lime Asset Management, claimed that he lobbied a senior prosecutor-turned-opposition politician and prosecutors.

According to the prosecution, the minister also ordered prosecutors and lower-ranking inspectors who are suspected of receiving bribes from representatives of Lime Asset Management to be excluded from the related investigation.

Minister Choo also exercised the same right regarding an investigation into allegations of fraud involving family members of Prosecutor-General Yoon Seok-youl, including his mother-in-law.

A longstanding confrontation between Choo and Yoon over prosecution reform resumed recently over the investigations related to the massive fund fraud scandals, with the minister asserting that the prosecutor-general failed to order a thorough investigation into related claims.
Share
Print
List