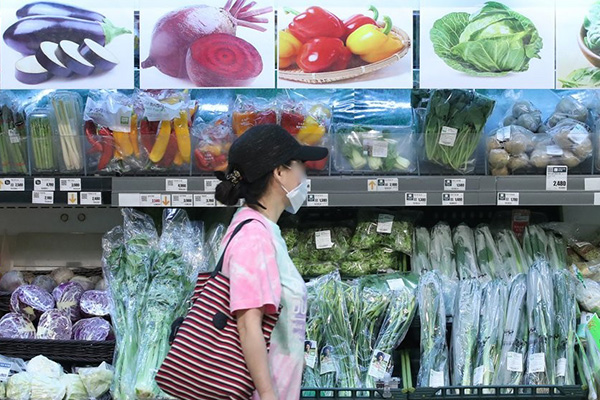 South Korea's producer prices rose for the fourth straight month in September due mainly to the rising prices of agricultural products.

According to the Bank of Korea on Wednesday, the producer price index for all commodities came to 103-point-35 last month, up point-one percent from a month earlier.

The index, a key barometer of future inflation, marks the fourth straight month of on-month increase after remaining flat in May.

Producer prices of agricultural, livestock and fishery products jumped four-point-nine percent on-month in September due to the impacts of typhoons and the rainy season.

The producer price index for these sectors came to 139-point-66 to post the highest since the nation started compiling related data in 1965.