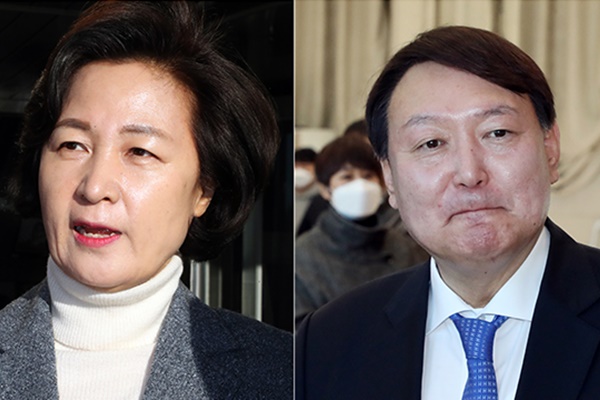 Justice Minister Choo Mi-ae has criticized the prosecution again for the alleged mishandling of a massive financial fraud scandal.

On her social networking account on Wednesday, the minister denounced the Supreme Prosecutors Office for "deceiving" the public in relation to its probe into Kim Bong-hyun, a key suspect.

The fund scandal involving Lime Asset Management is now emerging as a lobbying scandal after Kim claimed earlier this month that he lobbied politicians and state prosecutors.

Expressing her great disappointment, the minister said Prosecutor General Yoon Seok-youl should have self-reflected and offered an apology first as the head of the prosecution.
Share
Print
List