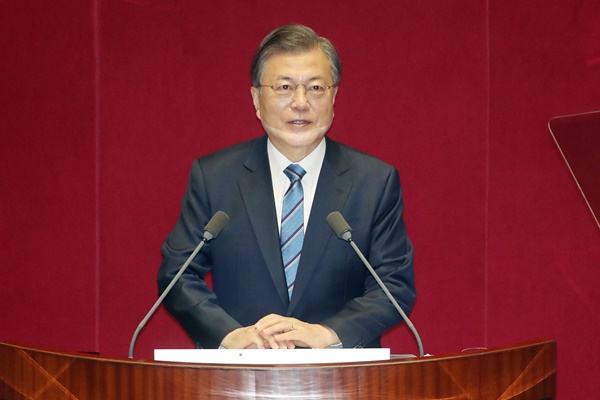 President Moon Jae-in has vowed to launch active measures to breathe new life into the economy, stressing that it must witness a clear rebound.

Moon made the pledge on Wednesday during a speech before the National Assembly on next year’s budget plan, which he said is aimed at pushing South Korea to emerge as an advanced country that has overcome an era of crisis.

The president noted that the 2021 budget has placed focus on maintaining and creating jobs, saying jobs are the starting point for economic recovery.

He also stressed the importance of pursuing the 160-trillion won Korean New Deal initiative and of investing in future growth engines as well as expanding employment and social safety nets.

Moon also called on parliament to swiftly pass bills related to the Corruption Investigation Office for High-ranking Officials so that the new agency can launch promptly.
Share
Print
List