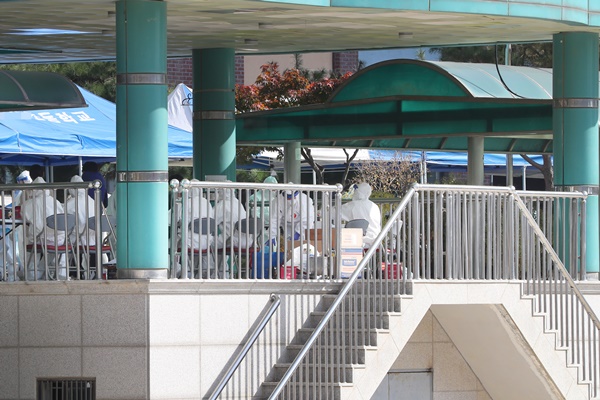 The daily COVID-19 increase in South Korea remained in triple digits for the second straight day as clusters continued to spread in the Seoul metropolitan area.

The Korea Disease Control and Prevention Agency(KDCA) said as of 12:00 a.m. Thursday, 125 additional people tested positive for the virus, raising the country's accumulated total to 26-thousand-271.

The daily increase has fluctuated between 47 and 155 since the government eased social distancing to Level One on October 12 and it is the sixth time since then the number has surpassed 100.

Many are related to various clusters. Forty-five people linked to an amateur golf tournament in Yongin, Gyeonggi Province, were confirmed as of Wednesday afternoon, while 14 and eight from schools in the provincial city of Pocheon and Seoul suburb of Seongnam, respectively, have tested positive.

Despite popular clubs in Seoul's Itaewon, Gangnam and Hongdae areas deciding to temporarily shut down on Halloween, authorities have tightened quarantine inspection to prevent people from flocking to smaller-sized clubs and bars.
Share
Print
List