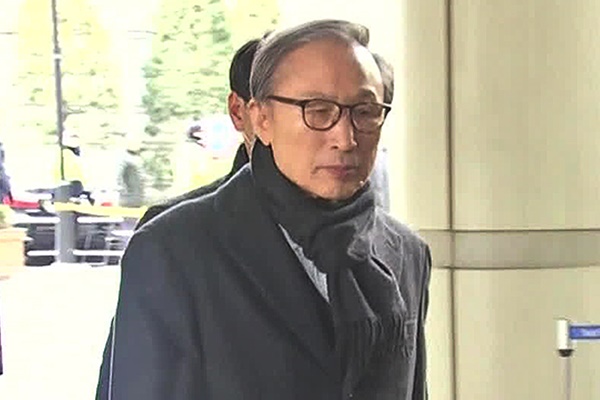 Former President Lee Myung-bak has slammed the Supreme Court for upholding a lower court ruling that sentenced him to 17 years in prison on bribery and embezzlement charges.

In a statement released shortly after the verdict on Thursday, Lee said the rule of law has collapsed and he is concerned about the future of the country.

Lee said he stood trial on the belief that the judiciary was the last redoubt of liberal democracy, but the Supreme Court was neither fair nor just.