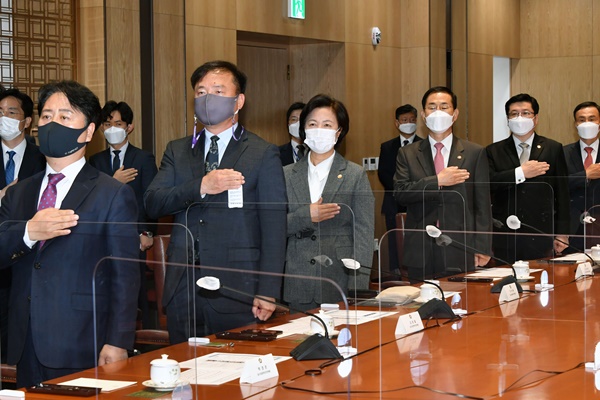 The process of selecting the head of the new Corruption Investigation Office for High-ranking Officials(CIO) has officially started with the committee to recommend candidates holding its first meeting on Friday, 107 days after a related law on setting up the agency took effect.

The committee consists of seven members including Justice Minister Choo Mi-ae, the chiefs of the National Court Administration(NCA) and the Korean Bar Association, and professors and lawyers recommended by the ruling and opposition parties.

In the first meeting, the committee elected NCA director Cho Jae-youn as its head.

Each member will recommend as many as five candidates for the CIO chief by November 9. A second meeting is scheduled for November 13 for deliberations.

Once the committee narrows down the shortlist to two candidates, President Moon Jae-in will pick one, who will then face a confirmation hearing. The process is not expected to be easy as six out of the seven members must approve the final two candidates.
Share
Print
List