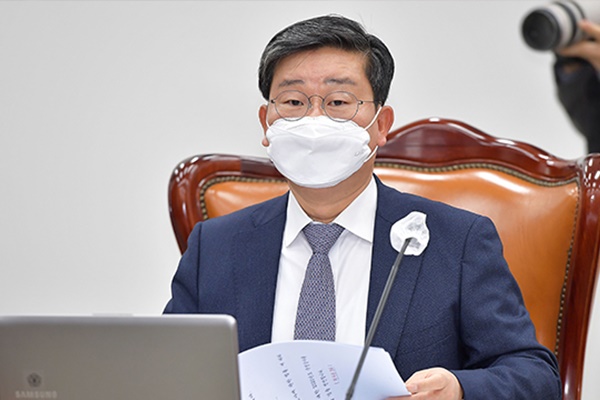 Lawmakers inspected police efforts to assume control of investigating anti-Communist crimes from the jurisdiction of the National Intelligence Service.

Ruling Democratic Party lawmaker Jeon Hae-cheol, who chairs the National Assembly Intelligence Committee, told reporters on Friday related discussions were made during its audit of the National Police Agency earlier in the day.

Police apparently predicted it will take several years to reorganize related laws and its law enforcement structure if the transfer of personnel and budget from the National Intelligence Service happens, but vowed to ensure a smooth transition.

Regarding the reduction of more than 100 police officers tasked with investigating national security issues under the Moon Jae-in administration, Police Commissioner General Kim Chang-ryong apparently said the personnel changes were aimed at enhancing police duties to focus on public safety instead of cracking down on North Korean spies or sympathizers.

Under ongoing police reform plans, North Korea-related cases that have long been under the NIS’ jurisdiction will be handed over to the police.
Share
Print
List