Seoul Cautiously Gauges Impact of US Election on Korean Peninsula 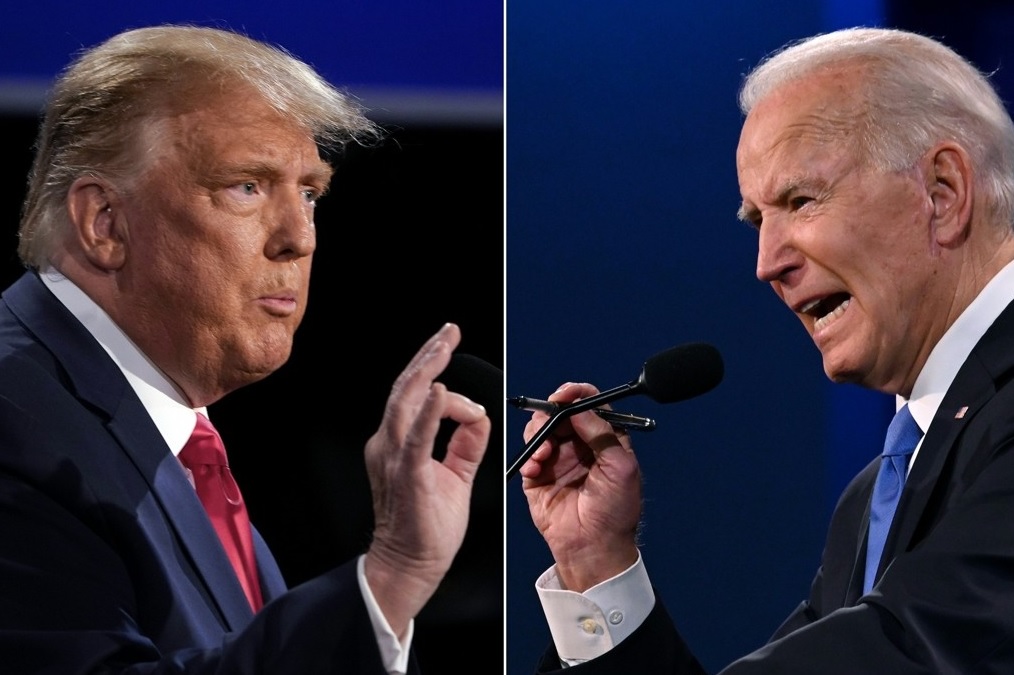 Anchor: With the U.S. presidential election fast approaching this coming Tuesday, it has become clear how President Donald Trump and his Democratic rival Joe Biden will differ on their foreign policies surrounding the Korean Peninsula. South Korean politicians are closely watching the race, which might lead to a possible turning point in the U.S.'s approach to the region.
Kim Bum-soo has more on what a reelected Trump or a newly-elected Biden could mean for South Korea.

Report: Speaking at a rally in Florida on Thursday, U.S. President Donald Trump made it all the more clear that his reelection will lead to a continued struggle with South Korea over the thorny issue of defense cost sharing.

[Sound bite: US President Donald Trump (Rally in Florida/Oct. 29)]
“He wants you to surrender our country to China, to all of these over countries that have taken total advantage of us. It's really the reason why I am here. If it weren't for the horrible trade deal with South Korea, with our allies, You know in many ways our allies treat us worse than the enemy. The enemy at least we have our guard up. Our allies, what they have done to us in terms of military protection and trade is disgraceful."

Democratic presidenitial candidate Joe Biden on the other hand is seeking the support of around one-point-eight million Korean Americans on the foreign policy front, pledging to repair ties with Seoul.

In an op-ed to Seoul-based Yonhap News Agency published on Friday, Biden vowed not to "extort" South Korea with what he called the "reckless threats" to remove American troops from the Korean Peninsula.

But South Korean policy makers are concerned that a newly-elected Biden might lead to the strategic patience of the Obama-era in dealing with North Korea.

[Sound bite: US Democratic presidential candidate Joe Biden (Presidential debate/Oct. 22 )]
(Moderator: Let me follow up with you, Vice President Biden. You said you wouldn't meet with Kim Jong-un without preconditions. Are there any conditions under which you would meet with him?)
"On the condition that he would agree that he would be drawing down his nuclear capacity. To get the... The Korean Peninsula should be a nuclear free zone."

In the wake of the last TV debate, ruling Democratic Party Rep. Song Young-gil, chairman of the National Assembly Foreign Affairs and Unification Committee, said Seoul will have to mediate more actively to prevent a prolonged suspension of dialogue with Pyongyang that happened under the Obama administration.

[Sound bite: US President Donald Trump (Rally in Pennsylvania/Oct. 26)]
“The only thing I can tell you for sure: President Xi from China, President Putin from Russia, Kim Jong-un, North Korea, and I could name 40 others, they’re sharp as a tack. They don’t want to deal with Sleepy Joe. One of them said to me, one of the leaders said, ‘We don’t want to deal with somebody that sleeps all the time.’”

Stumping for Biden in a drive-in rally in Florida on Tuesday, former U.S. President Barack Obama turned around the accusation.

[Soundbite: Former US President Barack Obama (Rally in Florida/Oct. 27)]
"Just yesterday, he said that Putin of Russia, Xi of China, and Kim Jong-un of North Korea want him to win. We know! We know because you have been giving them whatever they want for the last four years. Of course they want you to win. That's not a good thing."

The Trump-Biden race is taking place as South Korea is sandwiched between the U.S. and China in their ongoing conflict. During an online seminar on Tuesday, Moon Chung-in, special foreign policy adviser to the South Korean president, cautioned against Washington's push to include South Korea in the Quad Plus coalition against China. He said a U.S. push for the regional military alliance will pose an existential dilemma for South Korea.
Kim Bum-soo, KBS World Radio News.
Share
Print
List