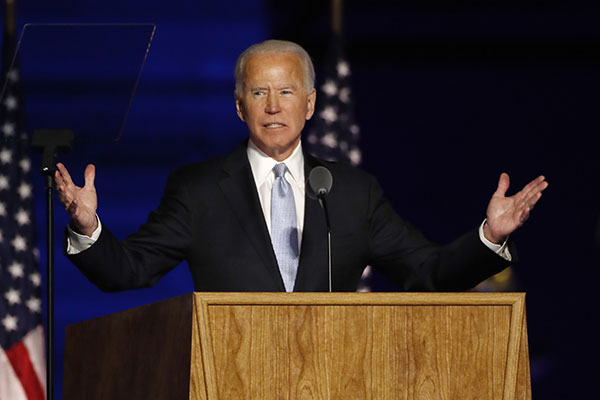 United States President-elect Joe Biden on Saturday delivered a televised speech after he was declared winner in the presidential race against President Donald Trump.

In the victory speech in Delaware, Biden said that he has won a "clear, convincing" victory, pledging to be a president who seeks not to divide, but unify.

The president-elect vowed to make the United States respected around the world again and expressed hope to unify the nation after the fierce election.

Biden said he understands the disappointment of people who voted for President Trump, but Americans now need to stop treating opponents as enemies, stressing that they're Americans.

He also vowed to actively fight against COVID-19, saying that he will name a group of leading scientists and experts as transition advisors on Monday.
Share
Print
List