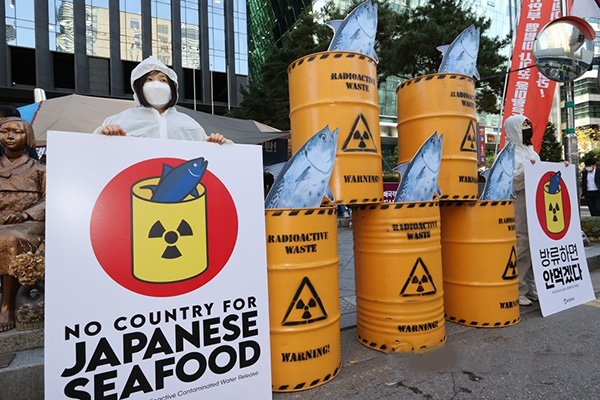 Japan will soon decide when to start releasing radioactive water from the disabled Fukushima nuclear power plant into the ocean.

An official from the Japanese Embassy in Seoul said on Friday that the timing of the water release could be finalized as early as this year.

The official said Tokyo is open to verifying the process of treating the tainted water with Seoul and to reveal the data in a transparent manner.

Tokyo projects tank storage for the tainted water will reach its maximum limit in the summer of 2022.

The treatment process - the multi-nuclide-removing Advanced Liquid Processing System(ALPS) - is unable to remove some radioactive substances, including tritium. The official, however, stressed that the tritium-containing water would still fulfill scientific safety standards.

The official refuted claims that releasing the water without securing permission from regional neighbors would be an international violation.
Share
Print
List