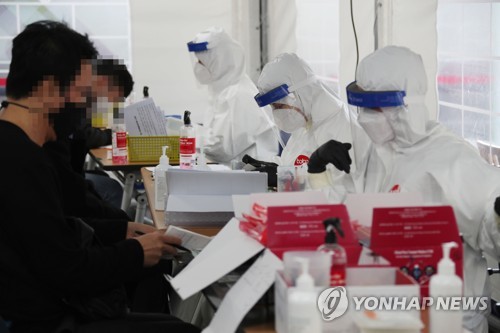 The Korean Disease Control and Prevention Agency (KDCA) said Sunday that of the new cases detected throughout Saturday, 302 were local transmissions, while 28 were imported.

The daily figure dropped by 56 from the previous day, but stayed above 300 for the fifth consecutive day.

Virus risks appear to remain high as the figure surpassed 300 even when the number of people tested dropped slightly compared to weekdays.

Of the 302 local cases, 219 came from the greater metro area with 119 in Seoul, 74 in Gyeonggi Province and 26 in Incheon. The daily figure for the capital region remained above 200 for the third straight day.

Imported cases increased from 25 the previous day to 28.