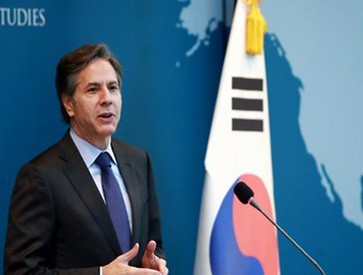 In a pre-inauguration nomination of top security officials, Biden tapped former Deputy Secretary of State Antony Blinken to be his first secretary of state.

Biden's transition team made the announcement on its homepage.

Blinken and Sullivan are known to be key advisers for Biden's foreign policies, playing roles in establishing an approach calling for the U.S. to restore relations with allies.

The two reportedly share Biden's solutions and ideas about nuclear talks with North Korea that include a phased approach and sanctions to bring the North back to the dialogue table.
Share
Print
List