US Agency Tells Biden That Transition Can Formally Begin 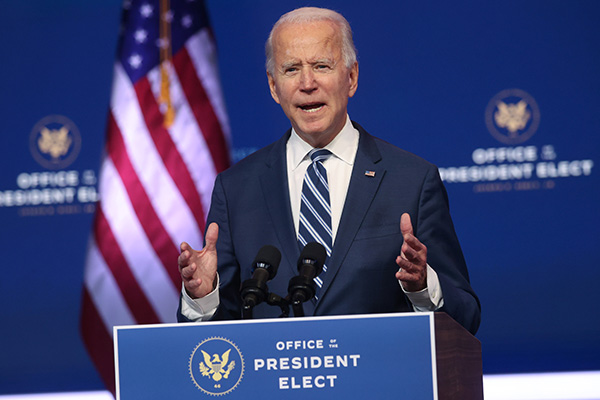 The U.S. General Services Administration(GSA) has reportedly acknowledged that President-elect Joe Biden has won the presidential election held on November 3.

The GSA reportedly informed Biden in a letter that the Trump administration is ready to begin the formal transition process.

The Associated Press reported on Monday that the administration's ascertainment cleared the way for the start of the transition from President Donald Trump's administration.

After the letter, Trump finally ordered the GSA and his team to cooperate with Biden's transition team. The move comes three weeks after the election.

Trump tweeted on Monday that he will keep up the good fight and he believes he will prevail, however, in the best interest of the country, he recommended that GSA do what needs to be done with regard to initial protocols, and has told his team to do the same.
Share
Print
List