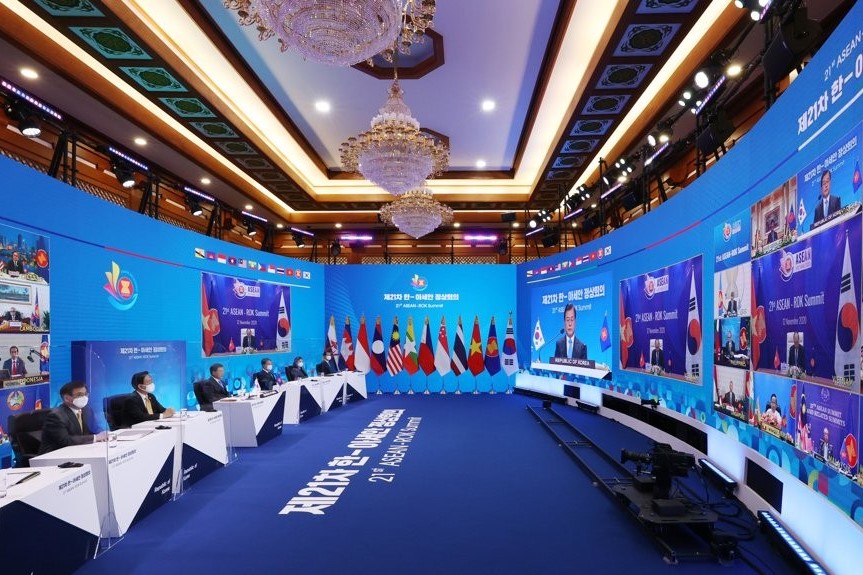 The participants of this month's virtual summits involving the Association of Southeast Asian Nations(ASEAN) have reaffirmed their support for South Korea's efforts for peace on the Korean Peninsula.

According to Seoul's Foreign Ministry on Monday, the reaffirmation was expressed in the chair statements for a series of ASEAN summits held earlier this month via video link.

The ministry said the statements were released on Friday and Saturday following the South Korea-ASEAN summit, the ASEAN Plus Three summit involving South Korea, China and Japan, and the East Asia Summit held from November 12 to 14.

The three statements commonly noted progress and achievements made over the past three years in the peace process and reiterated the importance of "sustainable" dialogue.

They also called for peace and complete denuclearization of the peninsula and urged the swift resumption of dialogue for the implementation of agreements between the two Koreas and between the United States and North Korea.
Share
Print
List