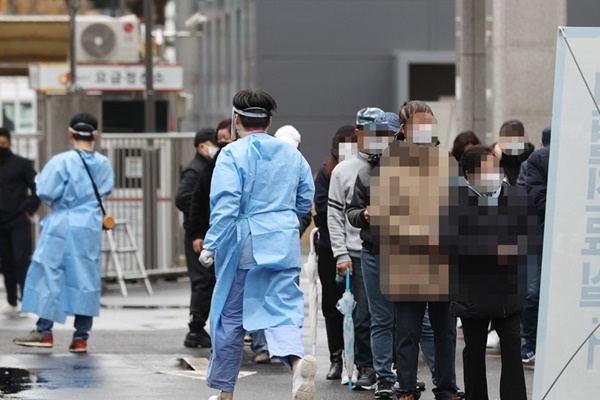 The Korea Disease Control and Prevention Agency(KDCA) said Wednesday that the new cases raised the country's accumulated caseload to 31-thousand-735.

Of the new cases detected throughout Tuesday, 363 were local transmissions, while 19 were imported.

The daily figure remained above 300 for the second consecutive day after briefly falling below the mark on Monday. The nation is seeing outbreaks of new clusters in various places including schools, churches, military bases and social gatherings.

Of the 363 local cases, 255 came from the capital region with 139 in Seoul, 77 in Gyeonggi Province and 39 in Incheon. The number for the greater Seoul area remained over 200 for the sixth consecutive day.