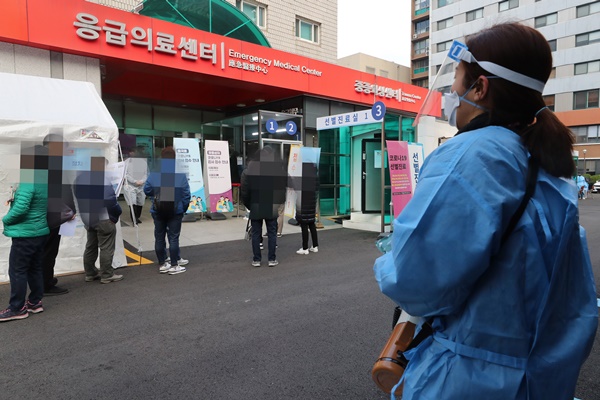 The South Korean government may further enhance social distancing measures on Sunday, as the new wave in the COVID-19 epidemic spreads rapidly.

Health Ministry spokesperson Son Young-rae said on Friday that the final decision is expected to be made on Sunday after gathering opinions from municipal governments and experts.

The Seoul metropolitan area is currently under Level Two distancing, while Level One-point-Five is in place for the southwestern Jeolla region and parts of the eastern Gangwon Province.

As of 12:00 a.m. Friday, 569 additional people tested positive nationwide, with the daily increase staying above 500 for the second consecutive day.

The average daily increase in local infections for the past week stands at 382-point-seven, nearing the threshold of 400 to 500 for Level Two-point-Five.

The ministry spokesperson, however, said it is still too early according to data to raise the level in the capital area, stressing that there is also a need for public consensus.
Share
Print
List