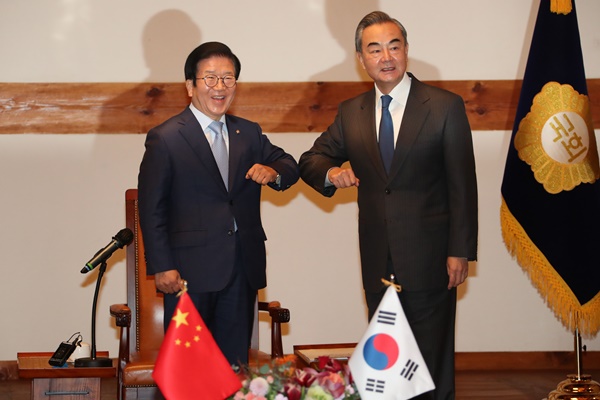 Chinese Foreign Minister Wang Yi says that South and North Korea are the “real owners” of the Korean Peninsula and that the region’s fate should be in the hands of the two Koreas.

Wang made the remark in a meeting with National Assembly Speaker Park Byeong-seug in Seoul on Friday, adding that China, as an important neighbor of the peninsula, will continue playing a constructive role in bringing lasting peace to the region.

The Chinese minister, who paid a courtesy call on President Moon Jae-in the previous day, positively assessed his talks with the South Korean leader, adding they reached a 10-point consensus, including an agreement on Beijing’s proposal to Seoul to build a Northeast Asian public health and quarantine cooperation system.

Regarding the COVID-19 pandemic, Wang said South Korea and China are at an unprecedented inflection point and urged the South Korean parliamentary speaker to help establish and manage a joint committee designed to lay out the future development of bilateral ties.

The Chinese envoy wrapped up his three-day visit to Seoul on Friday after meeting with senior presidential officials and other members of the ruling bloc earlier in the day.
Share
Print
List