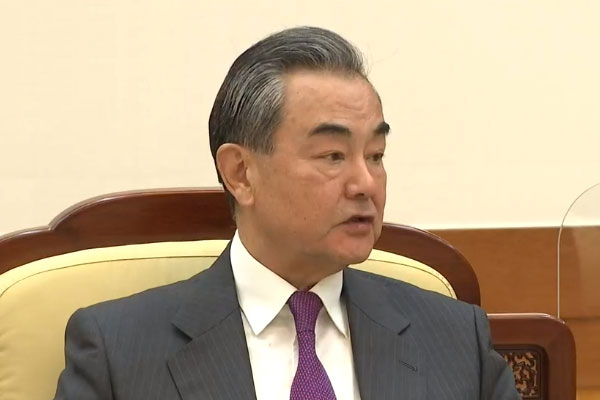 China's Foreign Ministry said that Minister Wang Yi expressed strong opposition to unilateralism and the emergence of a new Cold War during his Friday meeting with Moon Chung-in, a special adviser to President Moon Jae-in on foreign policy and security.

In a press release on its website Saturday, the ministry said that Beijing's top diplomat met with President Moon's special adviser in Seoul the previous day and said that attempts to incite a new Cold War go against the development of history.

Wang Yi also stressed that various crises and challenges can be overcome by defending multilateralism and strengthening cooperation. He reportedly expressed hope for China and South Korea to create a future blueprint together to achieve stable bilateral relations through development strategies and working-level cooperation.

According to the Chinese ministry, Moon Chung-in responded that Seoul opposes all words and actions that could prompt a new Cold War and proposed bilateral coexistence by combining South Korea's New Southern Policy and China's One Belt and One Road initiative.
Share
Print
List