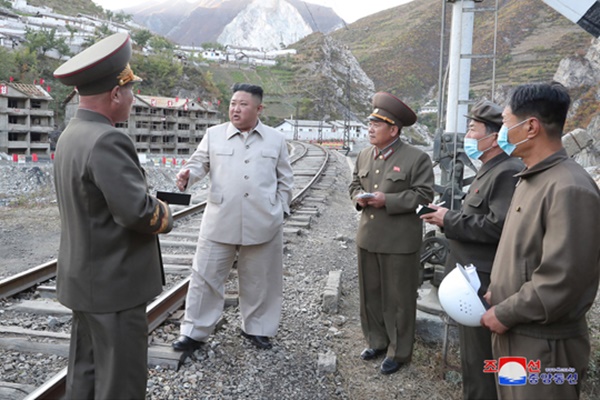 Anchor: North Korean leader Kim Jong-un is reported to have had at least two people executed in an irrational response to the combined pressure of sanctions, COVID-19 and flood damage. That's according to lawmakers who attended the National Intelligence Service's briefing to the parliamentary intelligence committee on Friday.
Kim Bum-soo has more.

South Korea's intelligence agency says North Korean leader Kim Jong-un is responding "irrationally" to the economic difficulties the regime is facing, such as inflation and a decline in industrial activity.

According to Rep. Ha Tae-keung of the parliamentary intelligence committee, the National Intelligence Service(NIS) reported the situation to lawmakers on Friday, including details of the recent execution of a foreign currency changer in Pyongyang.

Sources explained the North Korean won-dollar exchange rate has fallen as Pyongyang banned the use of the U.S. dollar at home in a bid to curtail inflation.

North Korean people can no longer spend U.S. dollars to purchase smuggled goods either due to the strict Sino-North Korea border closure amid the coronavirus pandemic.

Rep. Ha quoted the intelligence agency as saying that another key official was also executed in August for violating a ban on imports amid toughened quarantine control measures caused by the pandemic.

The NIS told lawmakers that economic difficulties in the North are worsening due to protracted border blockade measures.

[Sound bite: Rep. Ha Tae-keung - People Power Party (Korean-English translation)]
"Due to the anti-North Korea sanctions and self-isolation that are lasting for a long time, North Korea's economic difficulties are getting worse. North's trade volume with China, its biggest trading partner and aid benefactor, in the first ten months of this year stood at 530 million dollars, about 25 percent of the corresponding figure from last year. The prices of sugar and seasoning shot up by four times."

Meanwhile, according to Rep. Kim Byung-kee at the parliamentary intelligence committee, the NIS said the North has instructed its overseas diplomatic missions to refrain from provoking the U.S., warning that diplomats will be held accountable should any problems arise.