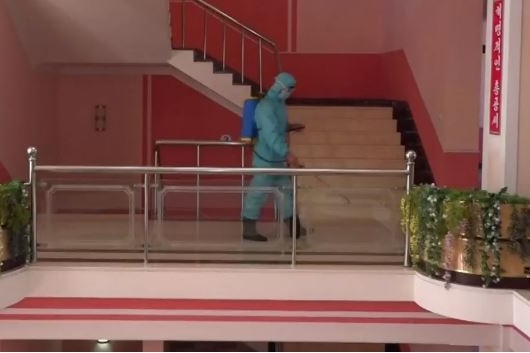 North Korea is reportedly stepping up quarantine and virus control measures along the inter-Korean border and at sea as South Korea is struggling to contain the third wave of COVID-19 infections.

The North's official Korean Central News Agency (KCNA) said on Sunday that the country is firmly establishing a blockade wall in the areas near the border and the Military Demarcation Line.

The KCNA said the country is also taking strong measures in coastal areas, collecting and disposing of sea garbage swiftly.

The Korean Central Broadcasting Station also reported that the country is building a blockage wall deep insider the border and near the Military Demarcation Line, saying that it is strengthening its self-defense security system and military reporting system.

The broadcasting station said that it is strictly enforcing measures to prevent the transmission of the virus through sea garbage.

It added that in areas close to the Tumen, Yalu, Yesong and Imjin rivers, the country is requiring fish farms that use the river waters to thoroughly follow national quarantine measures.
Share
Print
List