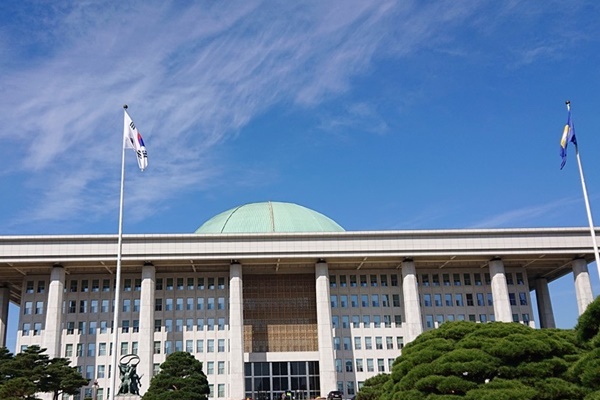 South Korea's rival political parties have agreed to increase next year's budget by two-point-two trillion won to total around 558 trillion won, including a third round of COVID-19 relief payments and expenses for coronavirus vaccines.

The ruling Democratic Party(DP) and the main opposition People Power Party(PPP) said on Tuesday that they agreed to cut the government's budget plan by five-point-three trillion won, before adding the new expenditures totaling seven-point-five trillion won.

It marks the first time in 11 years that the size of the government's budget bill was increased during parliamentary deliberations since the augmentation of the 2010 budget bill.

Three trillion won will be set aside to support businesses and people hit hardest by the pandemic, while 900 billion won has been earmarked for a national COVID-19 vaccine program.

The parties agreed to cover the additional budget through the issuance of deficit-covering bonds.

Following Tuesday's agreement, the National Assembly is scheduled to hold a plenary session on Wednesday to pass the budget bill. It will be the first time in six years the parliament has passed a main annual budget bill within the legal deadline, which falls on Wednesday this year.
Share
Print
List