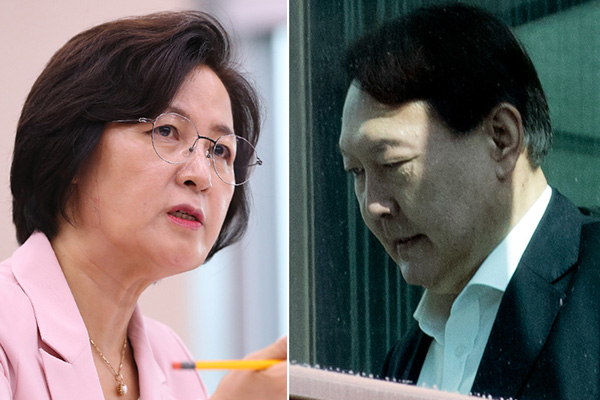 A committee under the Justice Ministry has concluded that it was unfair to suspend Prosecutor General Yoon Seok-youl from duty and seek disciplinary action against him.

The inspection committee reached the conclusion on Tuesday during an emergency meeting, citing that Justice Minister Choo Mi-ae's move had procedural flaws.

The committee had also closely pondered whether the cited reasons were serious enough for the ministry to suspend Yoon from his duties.

Attention is now being drawn to what decision a disciplinary committee will make for Yoon on Wednesday.