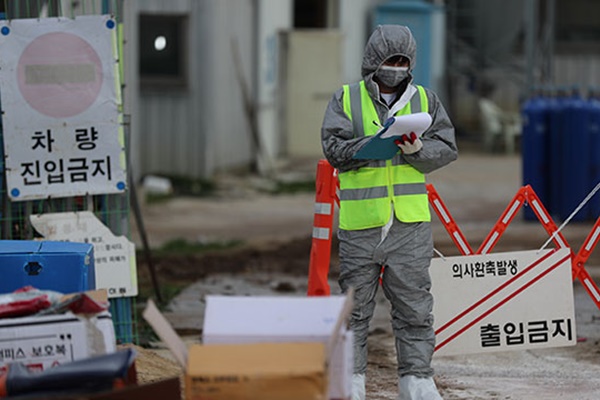 South Korea has confirmed another case of the highly pathogenic avian influenza(AI) at a poultry farm in the country's southeast, sparking concerns over the possible nationwide transmission of the disease.

According to the Agriculture Ministry on Wednesday, a suspected case at an egg farm in Sangju, North Gyeongsang Province, tested positive for the highly pathogenic H5N8 strain of bird flu.

Authorities have culled 188-thousand chickens at the farm, and 180-thousand quails at another farm owned by the same person. In addition, 251-thousand chickens within a three-kilometer radius from the infected farm will be slaughtered as a preventive step.

Tests will be conducted on all farms within a ten-kilometer radius and a 30-day movement ban will be issued.

The country confirmed the year's first case of the highly pathogenic AI at a farm on Saturday, at a duck farm in Jeongeup, North Jeolla Province.