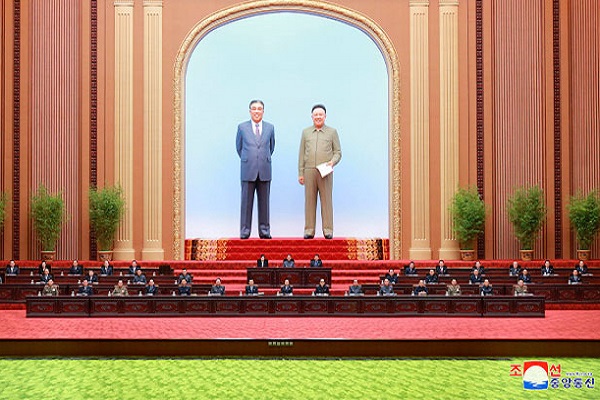 North Korean state media reported Saturday that the Supreme People's Assembly, the North's version of a legislature, will convene next month.

The official Korean Central News Agency (KCNA) said the fourth session of the 14th Supreme People's Assembly (SPA) will be convened in Pyongyang in late January and this decision was made during a plenary meeting of the SPA's presidium on Friday.

The SPA usually meets once a year to rubber-stamp legal revisions, personnel appointments and budget approval.

A meeting taking place in late January is likely because the ruling Workers Party's congress is scheduled early next year.

The party congress is expected to unveil new key policies after which the SPA will convene for follow-up measures on laws and budgets.

The news agency also said that during Friday's plenary meeting, several agenda items were passed including a law on rejecting reactionary ideology and culture which specifies principles aimed at preventing the spread of anti-socialist ideology and safeguarding North Korea's spirit and culture.
Share
Print
List