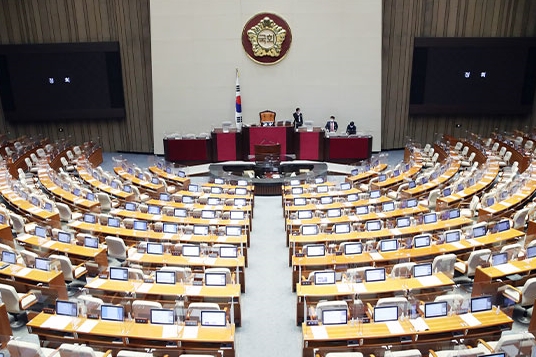 The parliament held a plenary session on Monday evening and passed the bill as 187 lawmakers in attendance all voted in favor.

The passage comes right after the assembly held a vote to end a filibuster by the PPP.

The revision to the law on the development of inter-Korean relations prohibits sending anti-Pyongyang leaflets across the border. A violation could lead to a sentence of up to three years behind bars or a fine of up to 30 million won.
Share
Print
List