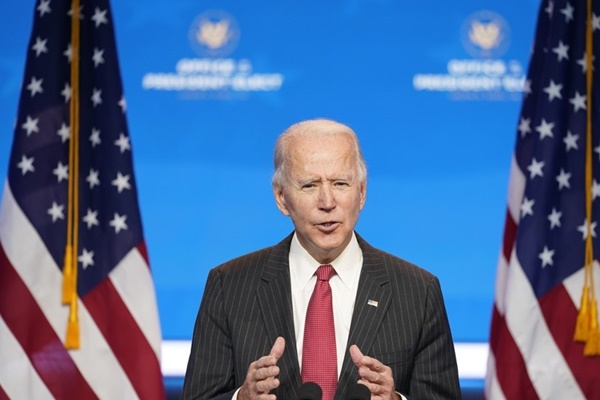 U.S. President-elect Joe Biden's election victory has been confirmed after he surpassed 270 votes in the electoral college.

As of Monday afternoon, Biden reportedly secured 302 votes of 538 members of the Electoral College, who cast their votes around the country. President Donald Trump received 232 votes.

Biden crossed the 270-vote threshold needed to officially be declared the next U.S. president.

The electors are not necessarily bound by law to vote according to the state's results, but there were no "faithless electors."

Hawaii, a state Biden won in the election where four votes are at stake, has yet to hold a vote.
Share
Print
List