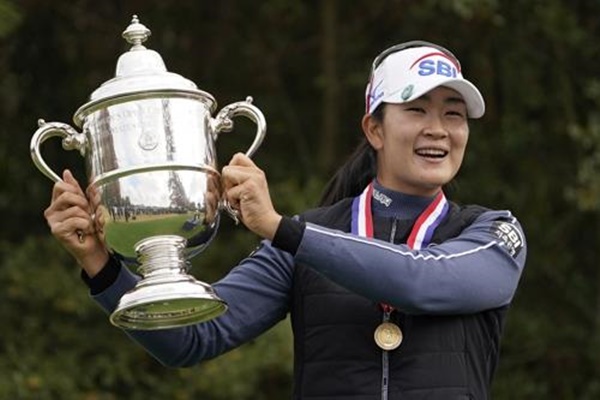 Kim finished at three-under 281 to win the 75th U.S. Women's Open at the Champions Golf Club in Houston, beating her compatriot Ko Jin-young and U.S. golfer Amy Olson by one shot.

It marks the first time Kim ever played in the U.S. Women's Open, making her the fifth player in the history of the LPGA major to win the title in a debut.

With the win in the final golf major of 2020, Kim became the tenth South Korean golfer to win the U.S. Women's Open.

Her victory also marked the eleventh of its kind by a South Korean golfer with Park In-bee taking the title twice.
Share
Print
List