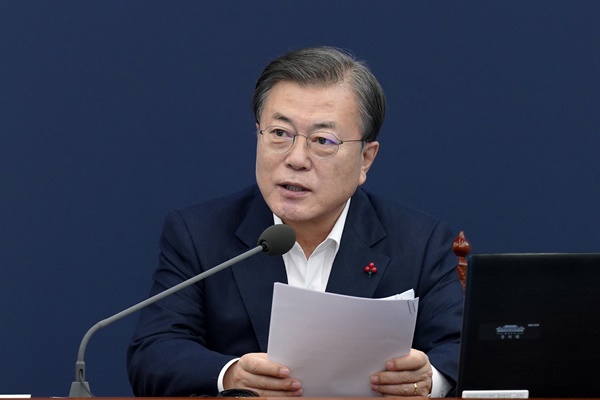 The president made the remarks in his video message to commemorate the 60th anniversary of the Organization for Economic Cooperation and Development(OECD).

Moon said that in the course of responding to COVID-19, his country has continued with prevention efforts and economic activities without lockdowns, based on the OECD's spirit of co-existence. As a result, he said South Korea is the fastest recovering country among OECD members.

The president also stressed that the world is in desperate need of the OECD’s multilateralism in the face of a coronavirus-caused economic crisis.

While pledging Seoul's contribution to OECD's role, Moon expressed expectations that the OECD anniversary will serve as a "milestone for the world economy to build back better."
Share
Print
List